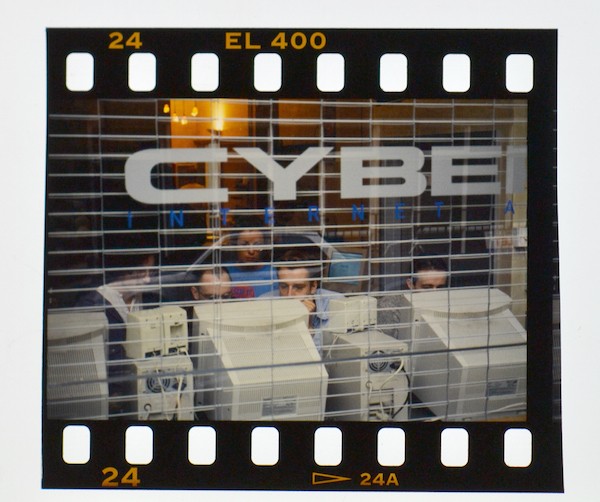 CYBERIA was founded in London in 1994 as a space for women to share skills and resources surrounding the use of the web. After more than twenty years, The Showroom hosts Cybernetic Resistance, an evening of performances by Kiona Hagen Niehaus, Erica Scourti, and Paul Maheke, all presenting new works exploring the idea of the Internet Cafe as a gathering space for specific communities. 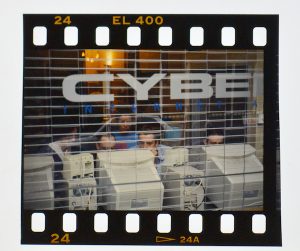 “Taking CYBERIA, the first Internet Café, as a starting point, Cybernetic Resistance is a collaboration between artist Kiona Hagen Niehaus and curator Brenda Guesnet emerging from a research residency at The Women’s Art Library. The project invites artists Paul Maheke and Erica Scourti, as well as London activist organisations Sisters Uncut, Code Liberation, Sex Worker Open University, and Xana to help transform The Showroom’s upstairs space into a utopian Internet Café. Twenty years on from CYBERIA, the organisers ask what is left of the initial feminist optimism towards technology and the Internet, and whether we might still have something to regain from it in the world, and the London, of today.”

Cybernetic Resistance: Feminism, the Archive and the first Internet Cafe
A project by Brenda Guest and Kiona Hagen Niehaus
The Showroom 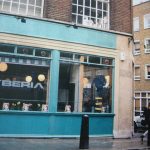 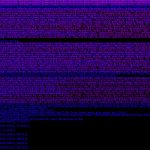 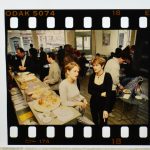 Scanned positives of images taken at CYBERIA, courtesy of the Women’s Art Library