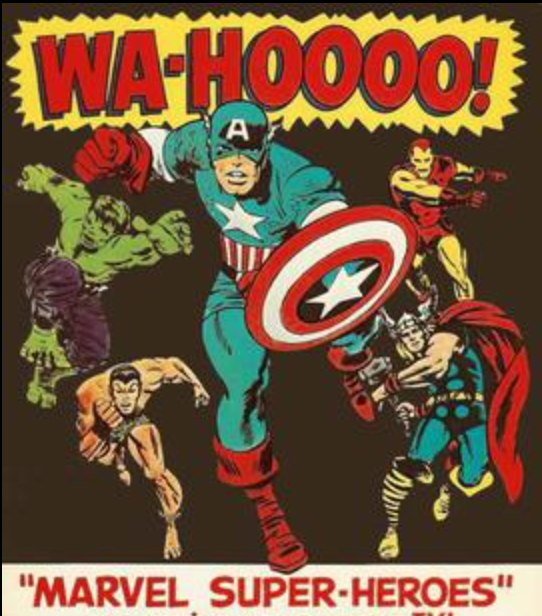 Sillicon Valley investors are queuing up to chuck very large amounts of money at companies that have a “Metaverse” related product in their decks, but the real business is struggling with solving an entirely different bunch of problems.

Work commute is dead, or at least severely cut down to 2 or, at a push, 3 days in the office.

According to Financial Times, UK offices are currently at about a quarter of their capacity, with only Thursday registering 30% occupancy. These figures are confirmed by City of London transport data, registering Monday and Fridays running empty trains as those are now fully home-working, with Tuesday and Wednesday usage well below 2019. Manhattan figures match London, despite banking CEOs trying to brow-beat workers back to the office.

No way Jose, people are not giving up their Covid wins, at least not when we have full employment on both sides of the Atlantic.

In Hybridverse things can be a bit chaotic, with shared desk allocation (or rather mis-allocation) often leading to morning shambles and teams having to spread far away from each other. New employees wonder around lost, when they finally find a desk, their chair, if not actually broken, looks like something people brought from their dining room a few years ago. I blame Adam Newman and his WeWork-initiatied,  overcasual approach to work posture ergonomics.

Having fought on the Hybridverse barricades for the last few months, here my 7 steps how to rock this new, fluid (but enjoyable) way of working.

Map out your players – monthly, weekly and daily.

If we all were in Metaverse, that would be a walk in the park, with everyone seeing where everybody else is at any point of time in VR. Just look at the game map and or hit icon with heads and see the full list. Nice.

Alas, this is not so easy in Hybridverse. Since Covid ended (sort of), it is confusing to see different status of each person every day

People are travelling for hols now a lot more but also, your team members will often do a ‘digital nomad’ week or two when they are signed working but from far away on a different time zone. What was a simple IN/OUT status on your Skype or Slack, now has about 10 different statuses with much confusion impacting efficiency and work flows, lack of clarity and project task allocation. We granularized work, separated it from the office, but with only Timetastic (or similar), those tools are just not precise enough. Make your own.

Register the universes that your team is on for each day of the week and make it visible to all that need to know. Register time zones they are on, and their availability so everyone on the team can see who is available and when. Hols, half days away, all the quirky ‘statuses’ you need to list to make sure everyone is clear what is happening to the team. You would do that for any multiplayer game, so just wargame it for the work battles.

Tip 2. Be an orchestra not a bevy of divas

Once your team plan is set, messy reality still can interfere and thing can change. It is vital to ensure each team member communicates his/her status changes as things if anything is different to plan. Make sure they all ‘listen’ to each other.

We have seen a really important system update Go Live in a big City company exploding badly as the key project team member was on last minute ‘family’ leave, forgetting to set his email on OOO reply. Team members were emailing him thinking he is at work but just remote, till it was too late. If everyone was in the office it would not have happened. In Hybrdiverse – status confusion happens every day.

Planning for Hybridverse needs a crystal clear view of who is on/off. Design your team’s week like an orchestra lines music sheet – each member gets a line for his time in, time out, tasks, where we are all in harmony working in parallel or where she or he gets a solo. Don’t take anything for granted, we are all assuming way too much in those early days of completely different way of working.

Good bye email. Sorry, it is not you, it is us.

I am constantly amazed how many companies still try to collaborate in Hybridverse predominantly on email. According to Yuval Harari, Home Sapiens is said to have outwitted Neanderthals as we could hunt in bigger groups and collaborate/signal with hundreds of tribe members. (Ref)

Our Neanderthal cousins lived in isolated groups of thirty, where they could see each other, but unable to crack long distance messaging or large scale cooperation that needs abstract signs

Some companies behave as they can’t figure out this work thing unless they can physically see their teams at their desks or have them on email.

We have managed to separate the factory from the office once telephones became common place. The second step, to separate work tasks from office physical location are still a puzzle for many.

Just like with ancient Home Sapiens on the hunt, Hybridverse victory is all about using the best tools. Asana.com as well as Trello.com and Teamwork, or older but still good Bandcamp, are here to help. Just find what feels best and cut down that email.

Young grads, brought up on TikTok and Messengers often comment on inefficiency of email, which has only gone up since we left the offices.

What would have been a quick chat with desk next to you, is now an email. This is unsustainable, creates cognitive overload, so shift to tools that avoid endless threads of emails that often only concern you in peripheral way.

WeWork introduced flexi offices but they also brought the epidemic of ‘bad backs’, Repetitive Strain Injury and bad migraines. We have forgotten what good office ergonomics should be and instead treat our teams to dining chairs instead of properly and individually selected ergonomic office chairs. Since we are all ‘hybrid’, no attention is paid to the selection of keyboards, what is appropriate for what kind of tasks, often sentencing employees to having to work on laptop keyboard on jobs that have a lot of data entry as part of their role.

Slouching on the sofa in the foyer of WeWork with laptop is ok for a quick coffee break and a Facebook browse, but it is not the way to write a trading report.

You will often find that your team members will have the best Herman Miller gaming chair for their games time at home.

So they feel the difference in the office, where the chairs are  often swapped around, not maintained properly and have height that was optimsed to pre-Covid desks.

With less bad backs, you will notice less absences and maybe, just maybe a great chair will tip the balance on that wfh/wfo decisions.

Many ‘hybridverse’ meetings consist of long rectangular tables, with a small screen at the end barly showing tiny heads of remote participants. After about five minutes, everyone forgets about those on the screen, instead chatting with each other and speaking amongst themselves.

The team members on the screen often can only see 4 out of 6 or more people in the room as the angle of camera is wrong. This is not inclusive set up so remote participants just switch off their attention and drift off.

Why do we continue in this doomed tradition?  Old habits die hard, but sadly, adding a small screen at the end of a narrow rectangular table “does not a hybrid meeting maketh’.

Instead, use a half-oval table, that stops these in-the-room team members from chatting to each other and ignoring on-screen colleagues.

The second good trick is to invest in a large screen but position it at your table level, not above. When it is low, the remote participants will be on the same eye level like your team around the oval table in the room. It makes hybrid meeting a lot more like a face-to-face one.

Also, ditch the exotic beach backgrounds on Zoom, they are really irritating, as they just take your mind to nice places and far away  from the topic of conversation which is often a lot less riveting.

Drop the palm trees and just use a plain background with your company logo behind it. Why make concentration harder to focus in situation that is already a big cognitive overload for your people?

We are not Neanderthals and maybe can move beyond thirty people hunting group or collaborating without seeing each other in the office but those remote team meetings are still very new.

Hybridverse meetings will need love and attention to achieve their desired outcomes. For the best half-oval tables check out Brothers Office Furniture.

The team that feasts together, stays together

1.5% unemployment means the market is very hot and keeping your team members it getting harder than ever. Hybridvers means re-definition of company culture and what it means to belong. One small step for the manager but a giant step in team cohesion is to use the days in the office for a joint lunch.

There are some incredible companies out there that will cater for the most finicky of tastes and gluten -free preferences like Eat First that will work to your calories regime and delivery on time for up to 50 people.

Follow Machiavelli The Prince– “it is the security, stupid”

As we have moved into Hybridverse, hackers have followed us too and so far they are winning. BYOD (Bring Your Own Device) has been a nightmare for a while, and it has gone significantly worse since we emerged from Covid.

IT government monthly report for March shows nearly 4 mln records breached, and those are just the ones reported. Everyone is at risk, from kids’ toys ecommerce companies to legal firms and of course, banks.

The apps that are helping to beef up cybersecurity like Skurio, give you some heads up on if your finance team or execs’ passwords are up for sale on the Dark Web – worth every penny. See Skurio and for TypoSquatting defence