February 17th, 1998
After years of watching Microsoft eating away smaller UK competitors, the City simply gave up trying to keep the local IT industry going

Last week was a joyful time for all of us in the technology industry in the UK. Despite the Prime Minister’s love affair with Rupert Murdoch, it looks as if, thanks to the House of Lords, we will eventually get a Competition Bill worth its name. By voting to outlaw predatory pricing, the Lords gave …[ read more ]

December 9th, 1997
It’s shocking that BBC should take its anachronistic, obsolete presence to this new medium, which was building its own content without the help of taxpayers’ money.

The end of 1997 is fast approaching, and, after spending most of it caught in the Microsoft and Netscape crossfire in the electronic commerce trenches, I was quietly hoping for some peace next year. However, every a cursory glance at the technology tea leaves shows that 1998 will be another year of rollercoaster changes. If …[ read more ]

November 25th, 1997
When in doubt, a good analyst will focus on a small number of areas, concentrating on selected islands of clarity, while avoiding big picture predictions that are certain to be wrong in six months’ time

Snowstorms and Gigabit routing switches were the hot topics of the recent Forrester Forum in Boston. Rising to their established reputation as the ultimate prophets of digital commerce, the Forresterians put together a line-up of top rank superstars like Java-Queen Kim Polese from Marimba, and Jim Barksdale, chief executive of Netscape, to do some tea-leaf …[ read more ]

October 28th, 1997
Given half a chance –and decent Internet connection-many of us would not hesitate to flee from suburbia

By the year 2097, we will have moved to the countryside, leaving cities behind us. Those were the Orwellian predictions that Jonathan Dimbleby made during the last week’s country Life Centenary debate. He fears that millions of ‘refugees’ fro the cities will invade the countryside and concrete it over with car parks, supermarkets and DIY …[ read more ]

The battle for innocent soles of British school children has started, with the opening salvo coming from that well- known specialist in computer-assisted learning, the Princess Royal. Addressing last week’s headmasters’ conference, Princess Ann warned against reliance of computers, preferring instead good old-fashioned teachers, and arguing that face to face teaching by given priority the …[ read more ]

September 30th, 1997
Denying Internet access to women in the workplace only helps men to maintain their powerbase

Women area as interested in computers as men, and would play more games if there were more female-friendly plots, claims Brenda Laurel in a recently published study, conducted at UCLA and based on American females. The study attempts to break the generally held view that women deal with computers reluctantly and use them only as …[ read more ]

September 16th, 1997
The browser war needs a Geneva Convention: do not harm civilians

Something fishy has been going on with electronic commerce Web site for the past few weeks. I have been bombarded with complaints from the people who are having trouble completing purchases on retail sites that were once known for their reliability. One leading online retailer was alerted by angry customers who were suddenly getting messages …[ read more ]

September 2nd, 1997
A lot of hardware manufacturers seem to be forgetting why we use computers

Imagine that you live in Hawaii. You spend most of the days surfing and sunbathing, and in the evening you work for a London-based Internet consultancy on the biggest Web project in town. Outrageous? Well, perhaps, but a new bunch of transcontinental telecommuters are set to prove that the New Lifestyle is not only possible, …[ read more ]

September 1st, 1997
Laptops for The Borrowers 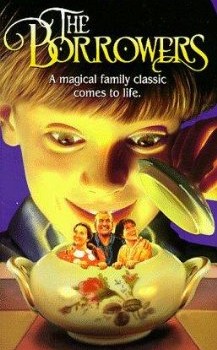 Originally published by The Independent Together with the whole country I heard the news of the death of Diana, Princess of Wales, with shock and disbelief. When the BBC gave the URL of the official condolences page on the Internet, I was keen to express my sympathy and rushed into my newly acquired Libretto to …[ read more ]

August 19th, 1997
The knowledge gap between us and the US could be solved if our universities provided online short courses

Some 300,000 jobs were created in the US last month, according to the US Department of Labour. Many were in computing, management and engineering. Often when an American IT company expands, the benefits are felt in Britain, where many major players have their European HQs. So we should all see the Network + appointments growing …[ read more ]