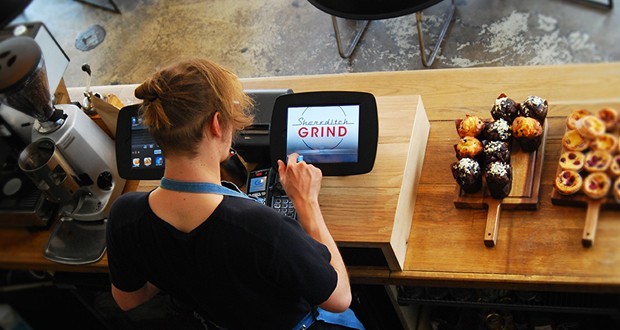 Eva Pascoe gets inspired by BouncePad and sees its potential in reinvigorating the UK’s High Streets.

For Tobi Schneidler, the founder of BouncePad, the maker of the iPad retail extensions, London is not just a place where he lives and plays. London is where he first started his ‘making-things’ adventure. Our parents’ generation would have called it ‘manufacturing’. Geeks today don’t talk about the m-word, it is too long and is akin to making steam engines. It’s also very political.

I meet Tobi at Nico Mac Donald’s monthly m-word event, Big Potatoes, held in a trendy basement bar on the Old Street Roundabout in the heart of London’s Tech City. The meet-ups consist of pizza, beer and mind gymnastics on the alchemy of innovation. Things on the ground are still dire in Austerity-UK, so anything that can unlock the geek-land potential for kick-starting growth in manufacturing is attracting attention.

When iPads came out in the UK, Tobi hit on the idea of the iPad holder and iPad Kiosk that could be used in shops, as stands were not yet available.  He raised funds and decided to step in to address that opportunity.  As he was based in East London, he noticed that many coffee shops, restaurants delivery services, shops that were tight on space, could use a very ergonomic, beautiful kiosk, which he named the BouncePad, which can be deployed as EPOS, and does not take any space on the counter. The iPad, nesting in the BouncePad looks like a very beautiful flower, is a huge improvement on the old style cashtill or a PC-  so it was an instant success and the business grew fast.

My interest in BouncePad as an example of new ‘making’ is that for the last few months I have been looking for new uses to fill the empty shops on our nearly-extinct High Streets.  Since 2008, nearly 40,000 shops have stopped trading, with 4,000 more predicted to stop trading by 2015. 1 in 7 London shops are empty (FT, 24.7.13). Martin Stevens, from LASER (London and SE Manufacturing Alliance) pointed out that many new companies emerging from London are actually doing the m-word related activity.  I am following his tip and trying to find out how to tempt the ‘makers’ to use redundant retail space for their workshops.

Companies that making things do not take a lot of space, and are often in the most ingenious of spaces, squeezed between existing buildings or in the back of the shops. Oddly enough, it seems that space is often a bigger challenge than funding. Investment for new product-cum-service start-ups, particularly in the new sectors, is available from a few new sources. One is crowd-sourcing, as funding for product sits very well in that model (See Pebble, Misfit and Memoto for instance).

The urban jungle may have plenty of creativity, but does not have much low-cost and flexible-rent square footage, and you can’t really do it at home. Given free and making-friendly space, at a recent #hackedio organised by Geeks of London for O2Labs, there were no fewer than 65 projects emerging from the 48 hour marathon.  Many were in games and pure code, but equally, many were falling under the broad umbrella The Internet-of-Things and Making Things. Many inventors took a good look around them, asked themselves what London is missing right now, and got on with filling in the gaps. Sizzle9, another hackathon run by the 3beards in July in London is another example what can be done when space meets creativity.

A partial solution to the need for space, particularly in the early phases, can be Co-Making. This can work in a similar way to Co-Working at places like The Hub King’s Cross, 19th Eastbourne Rd Paddington and Google Campus. Co-Making includes access to tools, and means you can subscribe to a workshop, book time through a real-time public Web Booking system and use the machines that are needed for your particular prototype or project.

The early birds of the Co-Making movement, Brighton’s ThingsMakers, Fabrivan and Edinburgh’s Anarkid3d are experimenting with co-making by sheer endurance and have managed to carve out making spaces out of the urban fabric. They use a garage, workshop or converted shop in the early stages. Lemnos Labs from San Francisco, managed to launch a string of very advanced projects, including small satellites, from a space not much bigger than an average garden shed.

1 in 7 stores on the UK High Street  on average are empty. Some of these stores are non-prime locations that would lend themselves very well to co-making. They are a result of out-of-town shopping malls, Internet shopping, on-line banking, online gambling and everything else that people used to do on the High Street but now do from their computers, could be used for Making Things Co-makers can also be housed in local Leisure Centres or Libraries.

If these co-making places were connected to local schools and colleges, students could bid online for volunteer working and teaching slots, then exchange their ‘Making Points’ for free access to the 3D printers and tools for prototyping their own ideas.

Bill Grimsey, in his recent book “The Vanishing High Street “ makes it very clear that retail on the High Street is not just at risk, but soon will be extinct. The slow but inevitable sound of boarding up shops on the High Street gives us a tremendous opportunity to develop new, mixed use spaces for flexible working. 3D printing shops and other similar machinery is easy to house in re-designed Comet or Jessops, Woolworths, old betting shops or ex-Blockbusters stores that have been waiting for re-discovery since the shops went into administration over the last 24 months.

More support for the m-word can come from Universities, themselves at risk due to overpricing their degrees. Universities such as Middlesex are already looking outwards to help the co-making movement in their areas and support ex-students as well as locals in their activities. Providing some infrastructure and incubating micro-makers towards larger businesses is what they can offer easily.  They leveraging their existing facilities, contacts and mentoring base.

In the early 1990s, co-making spaces were used for designing Web sites. Pre-cloud IT meant you needed access to shared server spaces to launch your start-ups. Cyberia Café, Backspace and Hackspace in East London provided this, together with a co-habitating place so a sleep and shower was also possible.

As Tobi Schneidler explained, IT these days is not the hard part, as all software is on the cloud, rentable per month and highly flexible. This together with low-cost space and a nearby High Street –based workshop to test the products on the local consumers, we may find a magic potion for the m-word London neighbourhoods. Let a thousand BouncePads bloom! 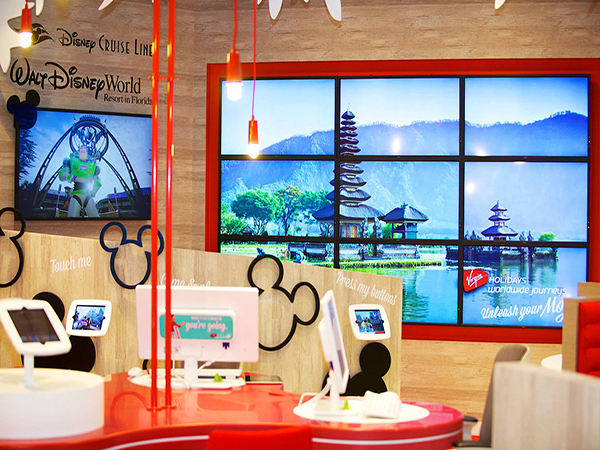 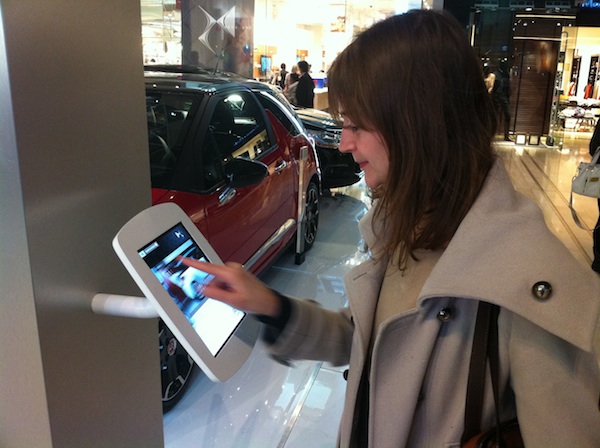